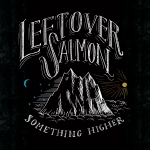 Fans of Leftover Salmon are used to being surprised by this slamgrass Colorado-based band and its 2018 release “Something Higher” on LoS Records does not disappoint. In fact, the surprises come long before the May 4 release in the form of a chance at a number of unique prizes for anyone who pre-orders the album featuring 12 original songs. END_OF_DOCUMENT_TOKEN_TO_BE_REPLACED

“Tuck Fest” gets its name from the Tuckaseegee Ford and Trail, a historical landmark located on the property of the U.S. National Whitewater Center (USNWC).

The three-day festival celebrates the outdoor lifestyle through competitions, exhibitions, demos and free live music at the USNWC. The festival features a variety of outdoor sport competitions that include trail running, kayaking, biking, climbing, stand-up paddleboarding, among others

Maybe it’s because we both grew up in Southern Illinois, but I can relate to this mix of hillbilly rock and roots combined with bluesy,  moving ballads. Weir’s songs make me want to jump in my Chevy and take a winding country cruise through the hills and the hollers with the windows rolled down and the radio blasting. END_OF_DOCUMENT_TOKEN_TO_BE_REPLACED

In light of the fact that West Virginia native and Grammy-winning, singer, songwriter and multi-instrumentalist Tim O’Brien is bringing his prodigious talents to Asheville and Raleigh this weekend with “The Banjo Tramps,” today’s Flashback Friday is an interview I had the privilege of conducting at Rooster Walk Music and Arts Festival a few years ago. END_OF_DOCUMENT_TOKEN_TO_BE_REPLACED

FloydFest 18~Wild is celebrating its 18th anniversary July 25-29, 2018, near Floyd, Virginia, and it’s offering one of the best music roots festival lineups and experiences in the South. But don’t just take my word for it. Blue Ridge Outdoors Magazine readers voted FloydFest “Best Festival” and “Best Kid-Friendly Outdoor Destination” in the 2018 Best of the Blue Ridge Competition.

“We are beyond honored, and it fuels our fervor to create the best FloydFest EVER,” festival organizers said in an email.

Wise Man Brewing in downtown Winston-Salem, North Carolina, is celebrating its first anniversary with four days of exclusive beer releases (as they should) and live music (because what’s a party without music?). END_OF_DOCUMENT_TOKEN_TO_BE_REPLACED

This just in from the good folks over at MerleFest in Wilkesboro, North Carolina:
MerleFest, the popular music festival founded by the legendary Doc Watson and presented by Window World, offers music lovers a sneak peek of this spring’s festival when MerleFest On the Road tours throughout the Southeast during March. The tour will feature select artists that will perform at MerleFest 2018 or have performed previously at the festival: The Way Down Wanderers, The Barefoot Movement and Andy May.

END_OF_DOCUMENT_TOKEN_TO_BE_REPLACED

If you long for an earlier time, a simpler time, when country music was still mired in its deep Appalachian roots, you don’t want to miss The Price Sisters first full-length album “A Heart Never Knows” on Rebel Records, set for release on March 23, 2018.
END_OF_DOCUMENT_TOKEN_TO_BE_REPLACED

From the good folks over at the annual Lockn’ Music Festival set for Aug. 23-26, 2018, in Arrington, Virginia: END_OF_DOCUMENT_TOKEN_TO_BE_REPLACED

Doors for the latest installment of the “More Barn” Concert Series featuring bluegrass and folk singer-songwriter Martha Bassett open at 7 p.m. with the show slated to start at 8 p.m. on Friday, Jan. 26, at The Barn at Reynolda Village, 106 Reynolda Village, Winston-Salem, North Carolina. Silo Bistro & Bar will be on site with wine and beer for sale.

Bassett was raised on the bluegrass and gospel of her native West Virginia farmland, according to her website bio. Classically trained, Bassett is blessed with a crystalline tone, a remarkable range, and sultry delivery. Her performances are known for their emotional honesty and visceral impact, making everyone in the room feel she’s singing directly to them.  Her musical inspiration moves effortlessly through swing, jazz, folk, country, and rock guaranteeing playful variety at her live shows.

Mixing originals with choice covers, she navigates sexy torch songs, rip-your-heart-out ballads, and slinky groove tunes with ease supported by a band equally comfortable in acoustic and electric settings. With her fourth disc, “The Goodbye Party,” released in 2017, Bassett explores longing, anger, loss and love.  The songs are heartbroken and wistfully triumphant. No Depression describes Martha’s music as “intricate and resoundingly captivating, each song takes me further into a scene.”

Regularly seen on stages at Merlefest, the Eastern Music Festival, Shakori Hills Grassroots Festival and concert venues throughout North Carolina and Virginia, she’s opened for Lyle Lovett, Tony Bennett, the Avett Brothers, Squirrel Nut Zippers, Jim Lauderdale, and Chuck Prophet.  Bassett contributed music to the Sony Classics film, “Junebug,” as well. Her tours have taken her up and down the east coast and into the Midwest.

You can find me, Lisa Snedeker on The Huffington Post.
musicreporterblog
Create a free website or blog at WordPress.com.